MESOTHERAPY FOR FACE AND BODY

Facial mesotherapy – method of removal cosmetics skin drawbacks and moisturizing, aimed at rthe emoval of first signs of aging and withering of the skin, its tone and elasticity, through low-dose transdermal medication of stimulating preparations in problematic zones through injections, increasing. Only one preparation, as well as a mixture of different substances can be used.

While drafting a doctor chooses appropriate active substances and their concentration, adds necessary antioxidants, microelements or amino acids – everything that will be necessary in a concrete situation.

The zone of ​​the treated surface, the number of injections and, consequently, the duration of the procedure depends on the purpose of mesotherapy.

Combining with the mesotherapy method, other cosmetic procedures are successfully used, such as contour plastic surgery, lips extension, face cleaning and peeling.

Indications for the mesotherapy:

Contraindications for the mesotherapy passing:

The method has some contraindications, discuss them with your doctor before the procedure: pregnancy and lactation; the period of menstruation, also 2-3 days before and after it; the presence of neoplasms at the intended injection zones (moles, warts, papillomas, purulent inflammations; psoriasis, various types of eczema and other systemic diseases that require serious complex treatment; problems with the cardiovascular system, including hemophilia; set pacemaker; any infective and oncological diseases; sugar diabetes; serious pathologies of the kidneys; taking medications that significantly affect the process of blood clotting; allergic reactions and individual intolerance to certain preparations.

All consultations are by appointment. Leave a request through the form below or order a call back so that the administrator of our center can contact you and schedule a visit at a convenient time. 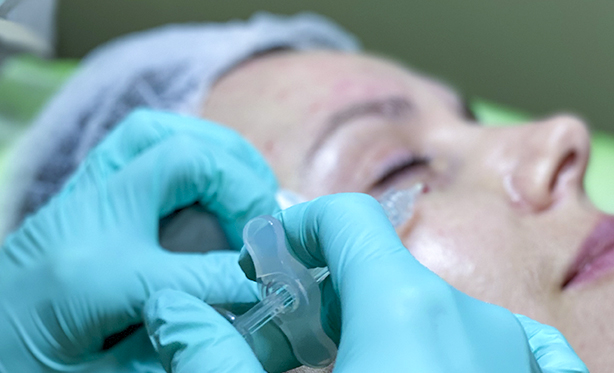