The other day, a friend of mine asked for a consultation, she began to worry very much about the fact that she had found 8-10 gray hairs on her head.  “After all, I’ve only 30 recently been and have already turned gray!”  Well what can I say!

Of course, hardly early gray hair can please.  For most, gray hair is a sign of near old age and withering of former beauty.  Therefore, most begin to worry and desperately pull out gray hairs, hoping in this way to get rid of gray hair.  However, gray hair should not be pulled out, since such actions can cause damage to the hair follicle or the development of dermatitis.  With the problem of early gray hair, it is necessary to determine the causes of this phenomenon.

From viewpoint of trichology, early gray hair, or premature graying of hair should be talked about if the first gray hair appears earlier than 25-30 years, and by the age of 40 the hair becomes discolored.  A conditional norm is considered if a single gray hair on the head is detected after 30-35 years.  Usually they are hardly noticeable against the background of the total mass of normally pigmented hair.  The whiskey and the front of the head begin to turn gray first;  to 50-55 gray hair, as a rule, covers all hair, evenly distributed in all areas.  Gray hair can start from the roots of the hair and gradually rise higher, but sometimes colored hair falls out, and gray hair grows in their place.

Before naming the causes of early gray hair and talking about ways to deal with gray hair, consider how hair color is formed in humans.  Hair is made up of a protein containing a coloring substance called melanin.

Melaninis a skin pigment that is synthesized (produced) in the hair follicles. Melanin is the same in all people, regardless of what color of hair each individual person has.  Hair color is determined by how much pigment (melanin) they contain.  Dark brown or black hair simply contains more melanin than light brown or blond hair.

Unfortunately, it is impossible to reverse the once launched graying mechanism. At the same time, active preventive measures can slow down the process of the appearance of early gray hair.  To this end, it is necessary to avoid everything that leads to depletion of the nervous system: mental fatigue, nervous tension, strong feelings;  give up bad habits, protect the scalp and hair from ultraviolet radiation and temperature extremes, eat well.  Professional hair care will help prevent the appearance of early gray hair: massage of the scalp, mesotherapy of hair, PRP therapy.

There are no special diets, dietary supplements, vitamins or proteins that could stop graying or affect this process (although some unscrupulous manufacturers claim the opposite).  So far, the only medication” for gray hair is hair dye. If you encounter the problem of early gray hair, do not despair.  Hair with gray hair can favorably emphasize individuality, give the image consistency and solidity.  Well-groomed, early-gray hair can also look attractive, stylish and elegant.

Before you despair, come to us at Hairmed to consult a trichologist.  If the reason for graying hair is not genetic, then we can prevent this process. 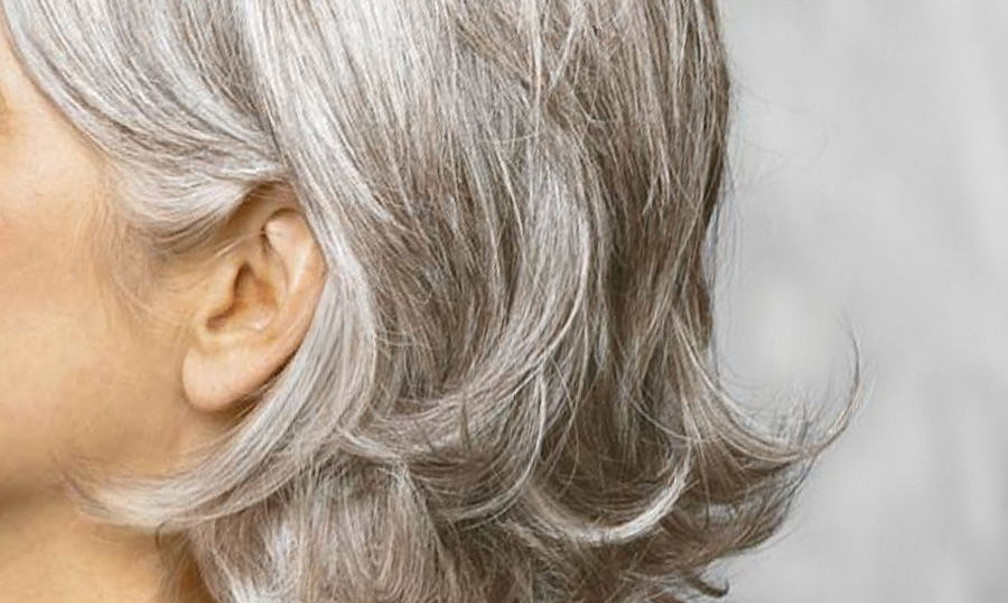